Opinion: Seattle Homebuyers Should Buy Sooner Rather Than Later

Is it crazy to suggest that now is the right time to buy a house in the Seattle area? Not if you believe today’s high prices will increase. If you think they can’t get higher and stay higher—think again.

Tech workers in Silicon Valley are paying twice as much for a home so they’re coming this way, looking for bargains. 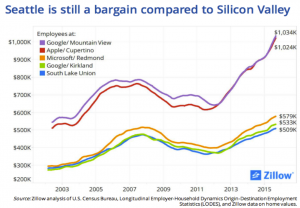 The migration of Silicon refugees, according to Zillow senior economist Aaron Terraza, is expected to drive up Seattle area home prices in 2016. He says they’re relocating to Seattle because of the high cost of living in the Bay Area. 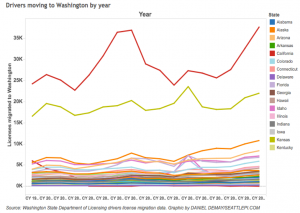 But won’t prices come down eventually, you ask?  Well, you’d be betting against dozens of very large Silicon Valley tech companies who are capitalizing on the disparity in housing costs between the two regions by establishing fast-growing engineering centers in Seattle. Those companies include Dropbox, Twitter, Salesforce.com, Uber and Facebook, just to name a few.

You’d also be betting against Amazon, which has just completed the first of three 36-story towers that by 2021 will have room for about 55,000 employees, about eight percent of Seattle’s current population and more than twice its current Seattle headcount.

So, if you accept the increasingly popular notion that Seattle is becoming the next San Francisco, then don’t wait, like a relative of mine did about 15 years ago. She decided that home prices in San Francisco were outrageous, but in hindsight—with the exception of the Great Recession—home prices just kept going up. You can wait for another Great Recession, I suppose, but most experts aren’t betting on it. A bubble can’t “burst” if there’s no bubble. 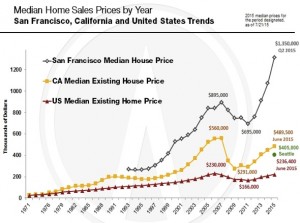 Oh, and my my relative? She’s still renting in San Francisco.